APIs what are provided by Dev Protocol​

All of these are supported by the core module contract, which allows developers to call any API with permissionless.

In Dev Protocol, users can be minted Property Tokens freely.

Property Tokens have one or more authentication data. Authentication data is associated with a specific asset by means of an authentication method called Market. Currently, assets that can be authenticated include GitHub repositories, Discord servers, and YouTube channels. The development of these asset groups is governed by Dev Protocol governance.

Given the many-to-many relationship between Property Tokens and authentication data, it is easy to understand if you think of it as a kind of the tag of blog. For example, the Property Tokens "Alice Tokens" can be associated with multiple GitHub repositories, multiple Discord servers, and multiple YouTube channels owned by Alice. Alice can also choose to create a single Property Tokens for each of her creative projects.

Property Tokens follow the standard ERC-20 specifications, and their token shares can be shared by multiple people, and anyone can freely transfer their share.

And staking is also a means of getting NFTs, which will be described in detail in the next section. 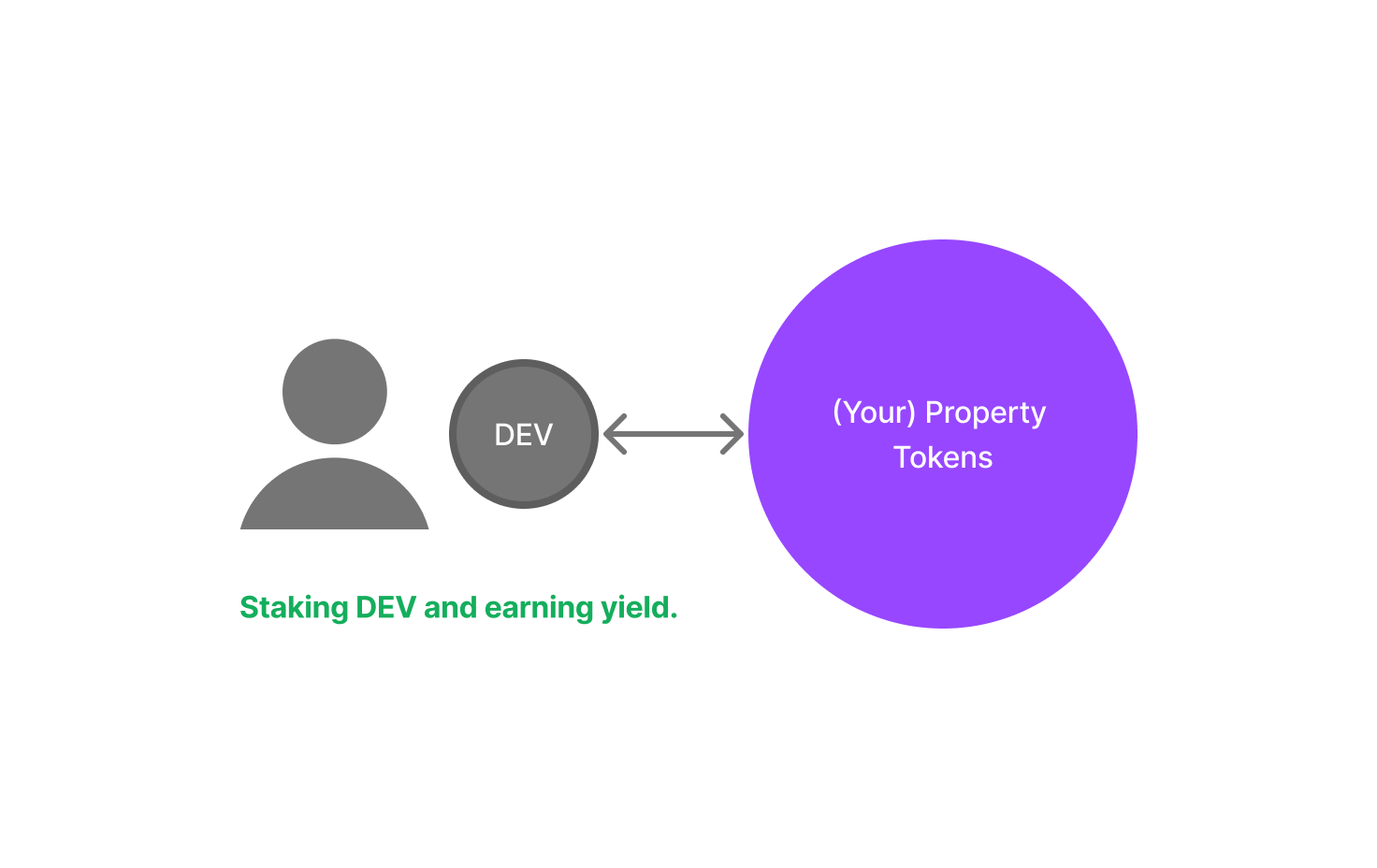 When you stake DEV in Property Tokens, you automatically get an NFT. The NFT is called sTokens in Dev Protocol. In technically, sTokens store the status of the staking position, but its cover image can be freely changed for each Property Tokens, so you can enjoy the artistry too. sTokens cover images can be changed statically or dynamically, and dynamic sTokens (=dynamic NFTs) can customize their output according to different conditions.

All sTokens indicate some staking position, they can be used as keys for any token-gating. For example, you can permit a community channel exclusively to users who have 100 or more DEVs staked in your Property Tokens, or sell exclusive items.